It is generally recommended to post 1-2 times per day, and no more than 3-5 times per day. Of course, there are plenty of power users out there… accounts posting 50 or 100 times a day. If you’ve got the time, we’re certainly not going to stop you.

But to keep your brand’s presence active and engaged on Twitter, you really don’t need to drop everything and commit to a FT gig Tweeting. In fact, for the general @Hootsuite channel (where the audience is followers, customers and prospects), the Hootsuite team posts one thread of 7 to 8 Tweets daily, plus one other post.

On @hootsuitebusiness channel (aimed at supporting Enterprise initiatives), they stick to 1 to 2 Tweets daily. For the team, that’s more than enough to drive engagement and growth. Remember that, however frequently you’re posting, the best practice is to follow the rule of thirds: ⅓ of tweets promote your business ⅓ share personal stories ⅓ are informative insights from experts or influencers Find more Twitter marketing wisdom over here. Key Twitter statistics to keep in mind when posting: One-quarter of American users check Twitter several times a day Watch time on Twitter has increased 72% since last year 42% of American users check Twitter at least once day The average time a user spends on Twitter is about 15 minutes per visit Check out our complete list of 2021 Twitter statistics (and explore our guide to Twitter demographics while you’re at it!) 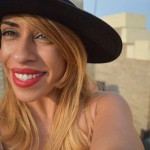